This gives a simple example of how to add a phrase to Lingopolo. In its simplest form, it's very similar to creating a word. There are basically the following minimum steps:

Let's now look at each of those things in a bit more detail.

See Editor's Links menu for more information about this menu.

Or you can use the "Create new Entry" button on the Editor Dashbord:

Fill in the English and Target language text

In this example we're going to create the French phrase for "five dogs" which is "cinq chiens" in French: 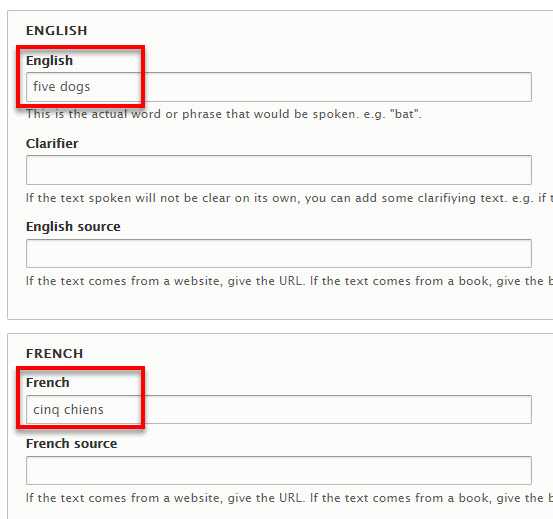 Classify the entry as a "Phrase"

Classifying the word correctly is the essential step which enables Lingopolo to put words in the right lessons. This ensures that the word appears in the lessons and quizzes which the student will use.

Select the "Published" checkbox in order for the entry to become visible to students, and then click "Save":

Your phrase should now be published: 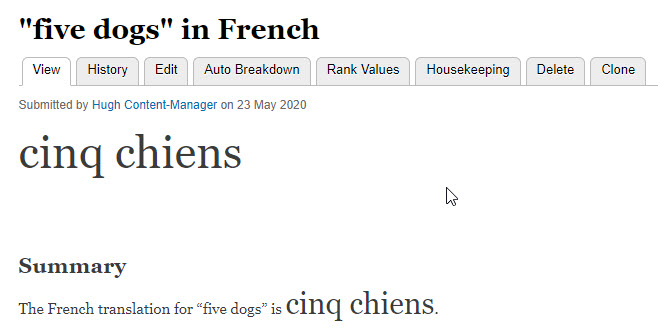 That's it! That's all you have to do for the first step of a phrase:

Next, we will look at the more advanced step of adding a breakdown of a phrase into each of its words.