8 differences between Lingopolo and Duolingo

Lingopolo is a non-profit, whose aim is to bring the best language-learning to the world for free.

Duolingo is a company, whose principal aim is to make a profit.

2. Lingopolo has tens of thousands of dollars investment

Lingopolo has currently had a tens of thousands of dollars spent on it.

Duolingo has received $108 million dollars of investment and is worth around $700 million.

Lingopolo is completely free: no subscription, no ads, no freemium upgrade to get something or remove something which those who don't pay won't have.

Duolingo is paid for by ads or by people paying to get extra functionality and remove ads. See also Forbes article. 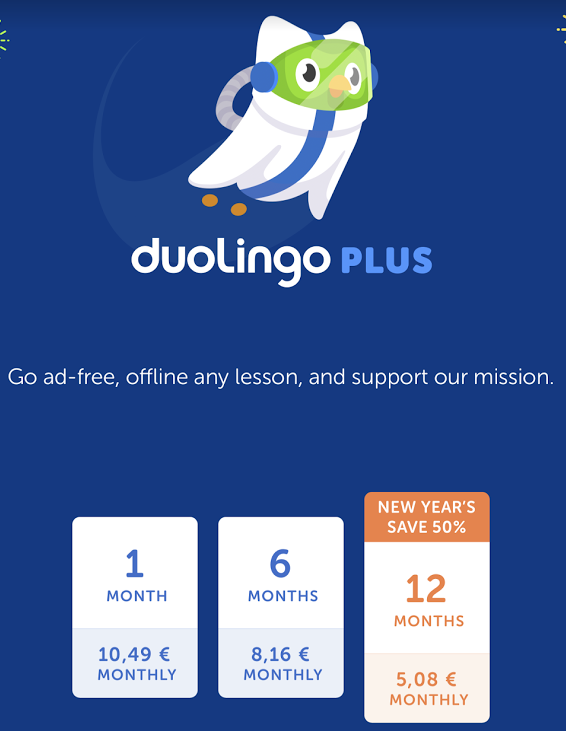 At the time of writing, Lingopolo has just 3 language pairs:

At the time of writing, Duolingo has 90 language pairs:

5. Lingopolo will add languages in an any-to-any matrix

This means that the Lingopolo language pairs will grow exponentially, and also with full coverage of each language pair:

Duolingo adds languages in single mono-directional pairs (e.g. from English to Chinese, and then Chinese to English is another, different language pair). This means that there is a strong bias towards English pairs. English to a non-English language, and non-English languages to English. In the snippet below, notice how strong the row and column are which represents languages with English pairs. For more detail, see the full Duolingo language matrix.

Lingopolo adds language content one word or phrase at a time. This means that a language course starts being useable even from the first week or two, when at least 10 words are added. From that moment, it just gradually improves as each new word or phrase is added.

Duolingo adds content as a complete language course at a time. Each course takes a number of years to create. For example, the Duolingo French for Chinese speakers course is not due to appear until June 2020.

7. Lingopolo's focus is listening and speaking

In Lingopolo the first focus is on listening skills. This is done by playing only the audio, without showing you the text written, and asking you to identify what it means.

Once you have mastered listening skill for a word or phrase, then Lingopolo teaches speaking skill. It does this by presenting you with a word or phrase in your own language, and asking you to say the same thing in your target language.

Duolingo is based around reading and writing a word or phrase. You are generally prompted with a written word or phrase (either in your own language, or in the target language), and you have to write or select what it is in the other language. The audio for a word or phrase is played, but in most cases, the student is not using his listening skills to decode what is said, because the written version of the word or phrase is also displayed at the same time.